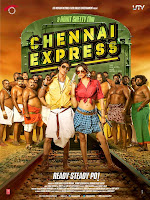 The Times of India, *** 1/2: 'Unbutton, unbuckle and unstrap the senses. It's going to be one erotic escapade - kinky, caustic, brutal and brave. With ample 'O's and 'Ahhs!'. Some painfully fake, others carnally climaxed. Adapted from Mohan Sikka's short story, Railway Aunty, it's about the doom and desperation of an impoverished life and the extremes one can go to redeem themselves of an ignominious existence. (...) Debutant Ajay Bahl's film is dark and deeply disturbing. The subject boldly pulls off the cover on what happens behind closed (bedroom) doors of a society that thrives on pseudo morals and values. While the movie doesn't exploit eroticism, a little subtlety would have as much 'shock' value. The sex-scenes are well-crafted, though he could have done with little more (fore)play of positions. 'Woman on Top' seems desirable, but variety (in shots and angle) would have left a stronger impact. If you want a change from the colourful canvas of Bollywood, and you like it dark, very dark - test this one out'.
Hindustan Times, ** 1/2: 'BAP reimagines New Delhi’s Paharganj area as a Dante-esque circle of hell. (...) Working from a short story by Mohan Sikka, debutant director Ajay Bahl creates a film that starts out strong. The casting is solid. (...) BAP holds your interest as long as Bahl sticks to Sikka’s darkly twisted story. But each time he diverges (...) the narrative wobbles. The plot additions (...) are feeble. Some of the sex scenes are unintentionally funny. (...) But mostly, the film is tripped up by its strangely solemn yet voyeuristic tonality, a gaze that is both sympathetic and leering. Beyond a point, it becomes repetitive and Bahl is unable to hold your interest in these sad and sordid lives. Still, BAP is much better than its tacky posters let on. Which is a welcome surprise'.
Pubblicato da CINEMA HINDI alle 11:57 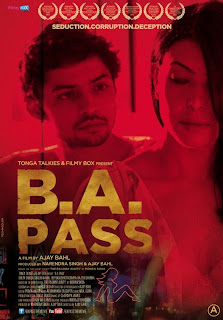