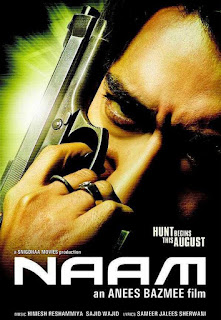 The Times of India, *** 1/2: 'Can you be who you really are when the world around you forces you to believe otherwise? 9/11 changed the West's perception of Islam forever. While various films have had the unsettling issue as a backdrop, Mira Nair's riveting adaptation goes way deeper. Its sensitive yet unsubtle narrative succeeds at retaining the book's ambiguity, as well as raising pertinent questions on Islamic fundamentalism, emigration and USA's interference in Pakistan. Nair captures the finer nuances of the thought-provoking tale with great conviction. (...) The beauty of the film lies in the depiction of its protagonist's unspoken words, suppressed emotions and unwavering beliefs. The incredibly talented Riz Ahmed enables the film to deconstruct the meaning of 'fundamentalism', which forms the core of the story. What leaves you in awe of the adapted screenplay is its brilliantly drawn parallels between Changez's personal, political and social situation. You feel his pain, vulnerability, denial, inner turmoil and psychological conflict. The film keeps you thoroughly engaged, even in parts where the pace drops a bit. While the film is more of a thriller, it doesn't cease to be a human drama, thanks to sublime supporting performances from Kate Hudson, Liev Schreiber, Kiefer Sutherland, Om Puri, Shabana Azmi and Meesha Shafi. (...) Cinematography is impressive and in sync with Nair's trademark style of storytelling. Poignant and relevant, the film will convince you to look at Pakistan differently'.
Hindustan Times, ***: 'Despite his best efforts, The Reluctant Fundamentalist leaves no lasting impression'.
Pubblicato da CINEMA HINDI alle 23:13

The Times of India, ***: 'Frankly there's nothing much to take away either as entertainment or enlightenment. The narrative is complex, long drawn out and low on emotional quotient. The dialogue is childish with one corny sentence - kin is more important than dreams - uttered ad nauseam. Arjun Kapoor is still raw and needs polish to juggle the shades required to balance a twin role. (...) Rishi Kapoor is in top form. Whether he is playing white, black or grey, this veteran rarely falters. Prithviraj Sukumaran is in fine fettle, his sultry looks adding to his sulking character. Jackie Shroff, the 80s superstar who had been lost to inconsequential cinema, is making commendable appearances now'.
Hindustan Times, **: 'Back in the ’60s (...) it must have been a thrilling experience for moviegoers to see an actor face his other self on screen. But to make the double role the focal point of a film in an age of 3D, which is as familiar with it as it is with a tub of popcorn, requires either a reversal of clichés or a mind-blowing story. Unfortunately, Aurangzeb provides neither. Instead, debutant director Atul Sabharwal invests too much time and too many characters in building intrigue through the first half. In the second, the overburdened story meanders and comes apart even as bullet-riddled characters sputter, cough and die after showing a remarkable lack of the survival instinct. The film’s title might have led you to expect a deliciously etched Machiavellian protagonist. Instead, the central character suffers from clichés - of character and circumstance - rendering him predictable. Arjun (Kapoor), however, holds his own. Never-been-styled hair notwithstanding (the script excuses only one lookalike from a salon visit), the boy can emote. That his two characters aren’t distinct enough is more the script’s limitation, less his. The character that rises beyond expectations is that of DCP Ravikant (Rishi Kapoor). Kapoor is the pick of the performers, playing the unflinchingly self-serving top cop. In a typical, unfortunate nod to old-school Bollywood, the women have little or no voice. They swim in bikinis and gyrate to seduce the hero and the audience, or play scheming home wreckers. Meanwhile, characters die foolishly, not before mouthing tiresome one-liners. (...) The film has that in common with the set piece it ruins. It lasts till the bullets are over. And we’re not hoping for a reload'.
Pubblicato da CINEMA HINDI alle 23:07

Illustrated tribute to 100 years of Bollywood