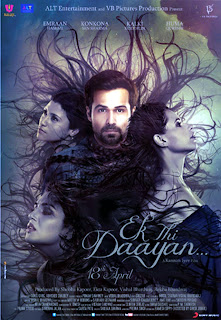 The Times of India, *** 1/2: 'It's time for curtain calls. Thou art Ayushmann (Khurrana), take a bow. (...) He role-plays with perfect comic timing and superb confidence. (...) What's best is the boys pitch the dramedy without much melodrama. Applause! (...) Rohan Sippy plays his part well too. The story is refreshing; the theater-like treatment (sets, props, costumes) is dramatically different. The background score blends smoothly and the quirky humour comes alive in the irony of situations and performances (unlike the monotony of hammy slapstick). The second half slows down with predictable acts'.
Hindustan Times, ** 1/2: 'NS is based on a frothy French comedy called Après Vous. (...) Sadly, much is lost in translation. Director Rohan Sippy is unable to fully retain the lightness and effervescence of the original. NS is funny in parts but often feels stretched and flat, like champagne without the fizz. (...) The best thing here is Kunaal Roy Kapur. He retains an expression of tragic confusion throughout and steals every scene he’s in. Watch out for his killer audition for the role of Ram. Ayushmann (Khurrana) is earnest but can’t match Kunaal’s comic chops. Still, the scenes between the two have wit and verve. (...) I also couldn’t figure out why, in the last reel, the film shifts gears to melodrama. It feels out of synch. NS has all the ingredients of a peppy, amiable comedy but this soufflé doesn’t quite rise'.
Pubblicato da CINEMA HINDI alle 19:16