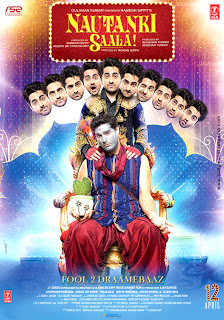 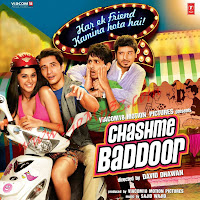 The Times of India, *** 1/2: 'CB's boy-band impresses with consistent acting. With his silky sleaziness, (Divyendu) Sharma often steals the show while Siddharth's comic rhythm is a revelation. (Ali) Zafar is endearing with his clenched-jaw charm, graceful as he dances, cute as he romances and rather hot when he throws a punch or two. (...) But the star remains the story, spicily modernized'.
Hindustan Times, **: 'The original film had a certain lightness of being. The remake is loud and inevitably leaden. (...) There isn’t a subtle frame in this film, and that goes for the costumes, background score and the jokes. (...) The fatal flaw, though, is the casting of Ali Zafar as the lead. (...) CB delivers the occasional laugh but the level of the joke is someone slapping someone else or a tired Bollywood reference. If you can settle for that, check it out'.
Pubblicato da CINEMA HINDI alle 23:11

Rise of the zombie: recensioni 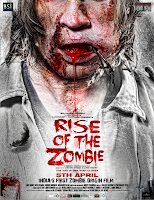 The Times of India, **: 'If it wasn't for the film's super-sluggish pace, abstract and ineffective build-up, it had the potential to be different. An attempt is made to keep the feel and mood a tad imaginative by going low on dialogues and activities, but that only evokes boredom. 30 minutes into the movie and you're still waiting for the zombie to make an entry. The film has been shot in a documentary-drama style which disappoints as the treatment doesn't work, given the genre. There is no 'thrill' element at all, an absolute necessity here. The 'silent nothingness' goes on forever. The film becomes a gore-fest, once the zombie starts munching on human and animal flesh. Though bloodshed is what you expect from this movie, and it provides it in abundance, nowhere does it manage to truly scare you. It grosses you out. You don't fear the zombie or curiously anticipate his next move. You're also subjected to a series of flashbacks, (...) which seem unnecessary. Those scenes do not imply anything and only add to the length. Since the film is the first part of a trilogy, the sequel promising more 'action', lack of story development could be forgiven. In spite of the lackluster script, Luke Kenny acts well, looking menacing as a zombie. (...) Rise of the Zombie is a one-man, one-line story which fails to keep you hooked'.
Hindustan Times, *: 'Rise of the Zombie has been pitched as Bollywood’s first zombie film. I know zombies are by definition fictitious, dead and determinedly brainless, but after watching this movie, I worried about their feelings. I think they got a raw deal. Hindi cinema owes them one. (...) The story is ridiculous and the dialogue, foolish and stilted. Co-directors Kenny and Devaki Singh go from plain boring to flat-out gross. (...) Rise of the Zombie ends with the promise of a sequel. Be afraid. Be very afraid'.
Pubblicato da CINEMA HINDI alle 23:08