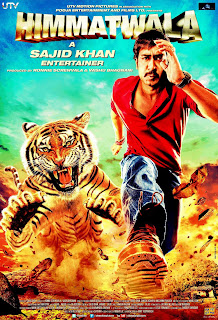 The Times of India, ** 1/2: 'So, here's the story of BFFs (best friends forever) revisited. Only this one's not about boys on a bachelor's trip (read: road film) or the boy gang-bang kind of stuff (read: sex comedies). The theme of Rangrezz, is more like 'dosts till death do us part', with of course, a melange of other issues (love, sex, marriage...) doing a walk-in, walk-out part through the film. (...) There are ample well-shot scenes (Santosh Sivan), good performances (strong supporting cast) and sweet moments; though the film shows little bit of everything and doesn't leave you with much. (...) The second half goes awry, the story loses steam and characters lose colour. Jackky (Bhagnani) performs earnestly, showing far more promise and confidence since his previous films. (...) The boy buddies put in their best, but this film could have done with a dash more of colour'.
Hindustan Times, ** 1/2: 'Rangrezz is an over-wrought melodrama that has stray moments of power but is ultimately too convoluted to be convincing. (...) Rangrezz is a remake of Tamil film Naadodigal, and the best thing about it is an unexpected twist in the plot. The film also has some heavyweight names attached, including Santosh Sivan (cinematography) and Sabu Cyril (production design), so it has a certain moodiness and polish. But essentially, Rangrezz is designed as a showcase for Jackky (Bhagnani). Unlike in his earlier films, Jackky is actually attempting to be a character this time but remains, at best, a lightweight as an actor. (...) Director Priyadarshan attempts to create a gritty ode to friendship, but ends up with a film that isn't bad but doesn't sparkle'.
Pubblicato da CINEMA HINDI alle 17:20 The Times of India, ***: 'Aatma is not a full-fledged horror film with ugly demons and gruesome deaths. It attempts to play with your mind and even succeeds, though partially. The film takes off swiftly, coming straight to the point. Burning candles, thunderous rain and sleepless nights, Suparn (Verma) manages to subtly induce the 'shock' element (...). It sets the mood perfectly for a supernatural thriller. The 'Aatma' here is unconventional too, considering there is no over-the-top demonic 'look' to it. No typical background score is used to create atmosphere either. The film skillfully manages to be different from most in its genre. However, it loses grip as it proceeds. The second half gets predictable, repetitive and formulaic, making the climax look a tad inconsequential in spite of the twist. (...) The special effects are not up to the mark either. (...) Bipasha Basu is impressive. (...) The immensely talented Nawazuddin Siddiqui unfortunately looks out of place, a misfit in the role. (...) Aatma may not send shivers down your spine, but it dares to be unconventional'.
Hindustan Times, **: 'Aatma is stilted, predictable and, like most Bollywood horror films, unintentionally funny'.
Pubblicato da CINEMA HINDI alle 17:15 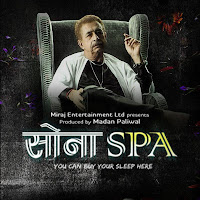 The Times of India, ***: 'The film mirrors the kind of lives we lead today. Through humour, it addresses the gravest tragedy. It also makes us wonder if it's better to live a lie instead of succumbing to the harsh reality. The concept is great, but the execution could have been better. (...) Various sub-tracks fail to engage you. (...) Sona SPA is 'futuristic' yet relevant to current times'.
Hindustan Times, ***: 'The film exudes a kind of tongue-in-cheek wisdom that's poised precociously between existential home-truths and plain nuttiness. Only Makarand Deshpande could stride these two incompatible worlds of the outlandish and the tragic with such a clear disdain for cinematic conventions. (...) There are passages of exasperating self-indulgence in the narrative. These are dwarfed by the conviction with which the characters manifest their dreams on screen, using the frames, not only to bleed their own reality but also to blend their reality into the wider truth of the human existence. We all suffer. Only the methods applied to countermand our sufferings are different. At once, outrageous and hypnotic Sona Spa invokes a semi-dream trance-like world of characters trapped in state of frozen emotional inertia. Makarand's actors are predominantly from the stage. They bring to this brave celluloid rendering a strong sense of theatrical propriety and a mysteriously undefined feeling of cinematic sincerity. (...) Chaos seems forever to be knocking on this quirky film's door. Makarand Deshpande keeps us involved in the dreams of his characters. (...) The editing, though, could have been less uneven and patchy and more sure of where and when the characters should stop speaking. Not all of the episodes hold together. But the piecemeal virtues go well with the nirvanic quest of these fragmented lives. Sona Spa is a stirring wake-up call in the middle of a troubled tortured sleep. The performances by largely unknown theatre actors adds a compelling edge to the drama of transferred dreams. (...) Like it or hate it, you can't be indifferent to Makarand Deshpande's vision of a sleep-starved world, populated by people with guilty secrets and dark desires'.
Pubblicato da CINEMA HINDI alle 16:24