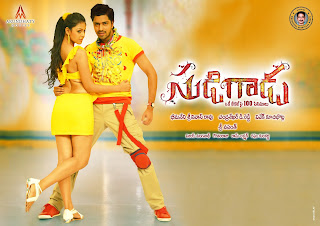 Ekta Kapoor: We made adult films for creative release 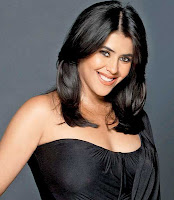 It's all in the stars

The highs and lows of Salman Khan's moody career graph

Il 22 agosto 2012 Rediff ha pubblicato un veloce riassunto della filmografia della superstar Salman Khan, sulla base dei successi, dei flop e dei mega blockbuster che hanno contrassegnato la sua scintillante, infinita carriera. 'His name has always attracted attention but nothing compared to the craze he commands today. Salman Khan is unstoppable. With four blockbusters, not mere super hits, in a row, box office is smiling at the 46-year-old like never before. The man's breaking his own records and an overwhelming percentage of the audience is head-over-heels in love with their beloved Bhai and his super-human antics, logic be damned, content be damned, sensibility be damned. Whether you're a fan or not is beside the point. Whether it's an encouraging precedent is not his problem'.
Pubblicato da CINEMA HINDI alle 11:46 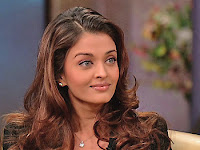 Delhi in a day: recensioni

The Times of India ***: 'DIAD captures two Indias - its rich, glossy, affable self and its grotty, sweaty, desperate self. (...) DIAD depicts how, despite its farmhouses, glittering cars and beautiful socialites, Delhi is a city that's merciless to its poor, the rich sleeping in air-conditioned mansions, their servants in holes in the wall, struggling to derive some comfort from the drudgery of their lives'.
CNN-IBN ***: 'The strength of independent filmmaking lies in its ability of deviating from the set patterns determined by dominant market forces. Director Prashant Nair’s DIAD is a fresh take on India’s mystical spirituality and class structure. (...) The script lacks coherence at times. (...) Actually too many things happen simultaneously in the story which enhances the chaos quotient. The script would have been more uncomplicated if Prashant Nair could have cut on some characters and their screen space. (...) Overall, DIAD is a simple film which is not made with a preoccupied mind. It largely remains sweet but conveys the point strongly'.
The Hindu: 'There's something immensely charming and instantly likeable about Prashant Nair's DIAD that makes you settle into the plot rather comfortably, quite early on in the film. Despite stray scenes of deja vu (...), this is a film that makes a conscious effort to duck the cliche and shows remarkable restraint in its sense of drama, at least for most of its running time. What's surprising is the depth debutant director manages to mine in a film with a setting as simple and ordinary as this. You connect to the characters almost immediately, the makers steering the archetypes that make India away from stereotypes, with subtle sensitive touches that reveal character. (...) It's a fascinating expose of the economic divide, one that resists the temptation to go all out dark and keeps the proceedings mostly light-hearted, despite the stakes. This ensemble works magic and this is a film that makes your heart beat and root for every single character. Characters are never completely black or white. They are real people as we know them. (...) DIAD is a film guaranteed to keep you chuckling all through. It hits the right notes, without the slightest compromise. It takes a bitter pill and makes it taste like candy. Go watch'.
Pubblicato da CINEMA HINDI alle 11:01

Rediff *** 1/2.
Bollywood Hungama *** 1/2.
The Times of India ***: 'Boman Irani's performance is utterly believable. Size does matter. Of the heart that is. And in this quaint love story he's all heart, honest and adorable. Farah Khan's debut is a sheer surprise; she 'slips' into this role beautifully. So what if she's not size-zero, with an absolutely natural performance she makes a pretty figure. (...) Bela (Sehgal), in her debut, delivers a breezy romance, with nothing complicated; everything too-good-to-be-true. The Bollywood touches are entertaining, but the songs (and some scenes) slacken the pace'.
Hindustan Times ** 1/2: 'Bollywood traditionally doesn’t pay attention to the love stories of forty-plus men – unless their last name is Khan and the actress is at least twenty years younger. So we should give a round of applause to debutant director Bela Bhansali Sehgal for creating a middle-aged love story. Sadly, the good intentions are marred by a weak screenplay and limp execution. SFKTNP is a sweet but slight love story that is stretched so much that by the end, we no longer care if Shirin and Farhad live happily ever after or not. (...) The first hour is bumpy but fun. (...) But then the screenplay, co-written by director Sanjay Leela Bhansali, nose-dives. The plot doesn’t thicken, it curdles. There are too many forgettable songs. (...) The comedy becomes more slapstick and shrill. I was distracted by Farah Khan’s awkward performance. She’s perfectly cast but the A-list director simply isn’t an actor. For most of the film, she seems too hesitant and self-conscious. Boman’s heart-felt performance lifts the film to some extent. He gives Farhad dignity. You feel for him, even when he’s selling fluorescent green underwear. Clearly Bela has great affection for her characters. I just wish she had given them a better plot to play in'.
Mayank Shekhar.
Pubblicato da CINEMA HINDI alle 10:28